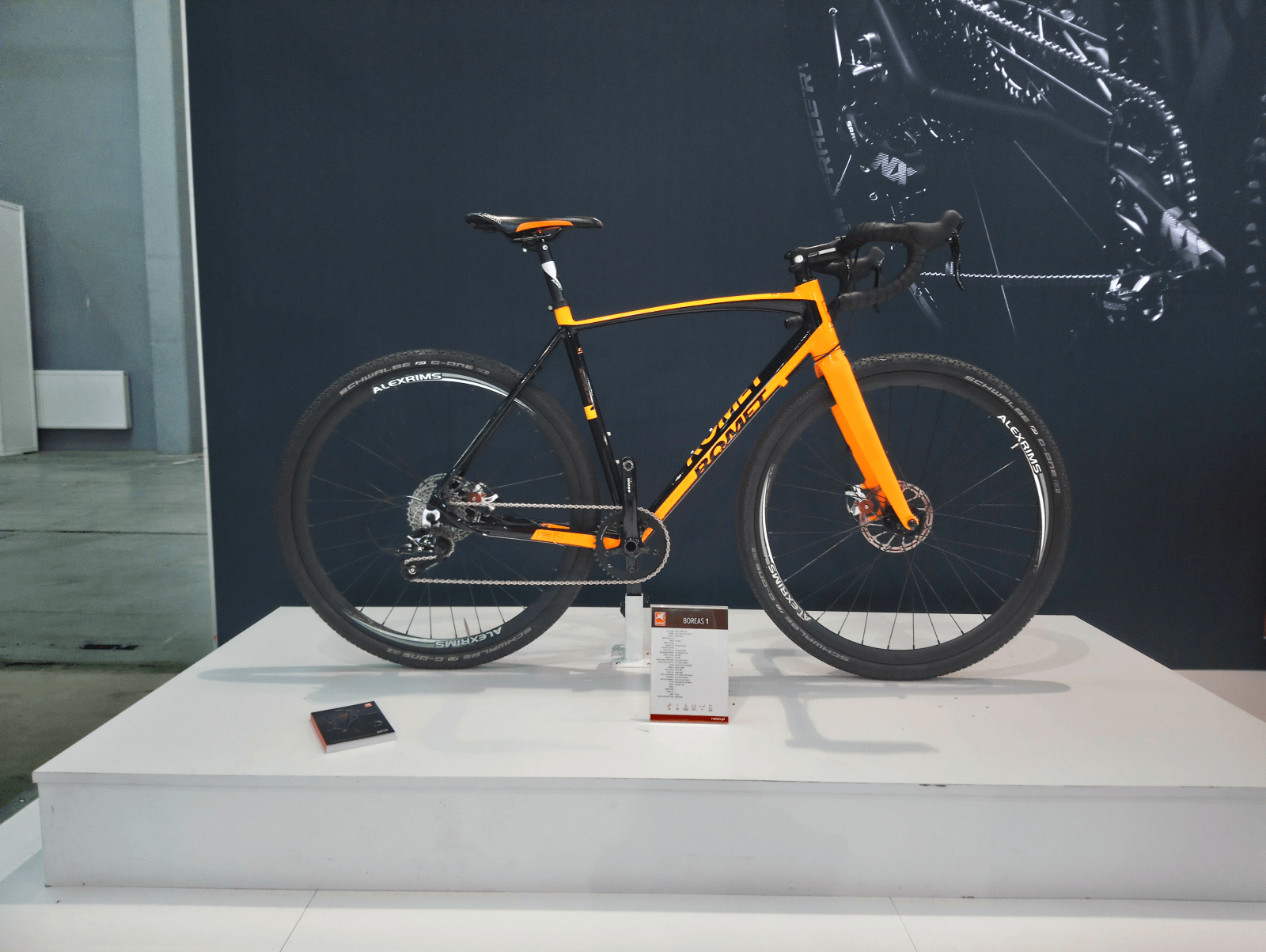 A bicycle that a few years ago might seem like a strange idea. A typical road with thick tires and adapted to put a frame under panniers, it is quite a bold step looking at the bicycle market. Gravel - this is the type of bikes intended for driving mainly on gravel and forest paths. He is often confused with a cross-country bicycle, which already has a lot of cycling history. For me, Gravel spoke for the first time at Kielce Bike Expo in 2017, when I saw the Romet Boreas 1 model. How does it work and why did this bike hit me? I invite you to read.

The price does wonders

The above slang is associated quite strongly with a popular road racing group, and in principle with their main sponsor, but also the color of this bike also strongly refers to this team. Of course, this is only my association, but the password itself is quite accurate. A very cheap product that is very interesting in quality. Romet shows that you can have a multitask bike available for everyone. But to everything?

Definitely not. I wanted to buy a bicycle with a view to riding in the winter, so as not to bother myself at home on the trainer. Because production was delayed, Boreas 1 hit me only in mid-May. From that moment, the test began, which in most cases took place in good weather conditions. However, recently managed to drive a little more in the muddy and wet terrain. The first impression is a heavily suppressed road bike. Little dynamic on the road, but on the other hand very comfortable. It is very important that this type of bike suits its purpose. In the course, however, he can very aggressively negotiate corners and suppress all inequalities. Moderately stiff and pleasant to drive. 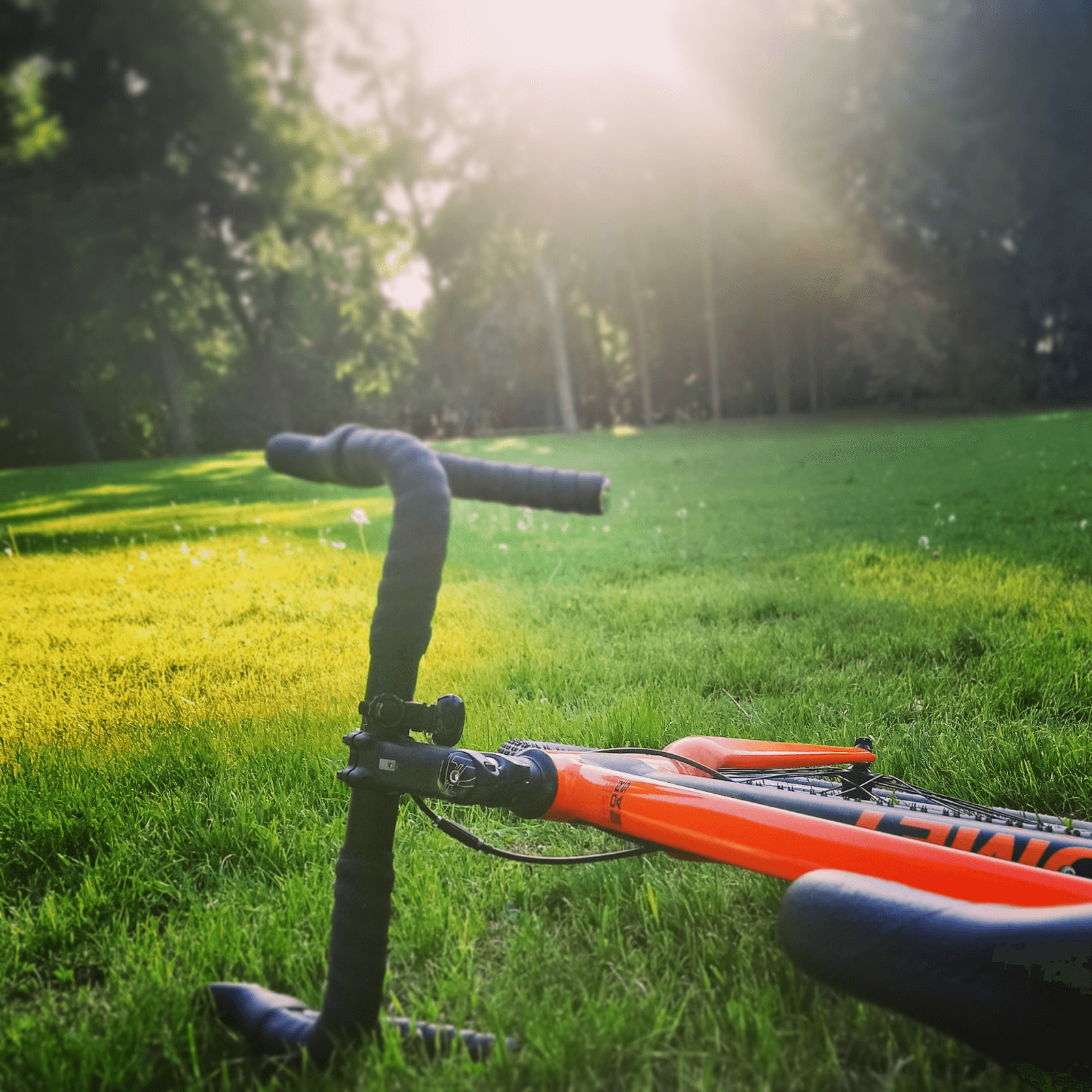 The bike was most likely built on the basis of one of the frames of the Hurric road. It is very comfortable and allows you to overcome distances of around 100 km without much fatigue. The only drawback that appeared in the first place, it was an uneven pre-set rear wheel in the fork. It was only after some time that it turned out that most probably there was a missing 1-2 mm deepened wheel clamp on the other side. Because of this, the wheel is at an angle and is slightly closer to the right side of the fork. We are so far, so it is probably here that you go to the mechanical brakes Sram BB5 (Boreas 2 has already hydraulic) that was equipped with this model. They are very loud and have average braking power especially at the back. Just a little water and 10.5 kg bike has problems with a sudden stop, especially from a higher speed in the field. Perhaps it's a matter of putting on better blocks or changing the shields. Nevertheless, after a slight insight into the topic, it turned out that this type just has.

Because Romet has focused on Sram equipment, the entire drive is based on the Apex 10 Speed ​​model. And I consider this movement to be brilliant. Not everyone likes very aggressive action like a gearbox in a German car, but that's how it works. Each run enters hard and definitely. One click is a strong punch, two clicks are a quick return. Kalamkomanetka is very comfortable and quite small. It's great in your hand. Why am I just writing about one? Because it's a 1x10 drive and I think it could not have been better. Well, maybe 1x11 :) In the front we have a 40T crank, and in the back there is a cassette 11-32. The trenie works very well and there is no problem with the lack of gears. It works very well in the slimy sand and you can choose the right gear very quickly. I would not be myself and I would not try this bike on the road while driving in a small peloton. Often times, the bike was able to reach over 40km / h, but the amount of force inserted into this speed is disproportionate to the effect. It is definitely not a fast road bike and the equipment is also designed for other tasks.

The tires in this bike are more to a lightweight MTB than a cross-country and it definitely feels like it. The first entry into the area has discovered a great joy in me. Why? Just driving the road at a speed of about 30 km/h I turned onto a gravel road without any slowing down and continued to drive at the same speed. Someone will say, but what's strange about it, every basic MTB can do it. Of course, but staying in the position of a road bike is a completely different feeling. The massive carbon fork in combination with the thick Schwalbe G-One Bite 40C tire forgives in the field a lot. Alexrims wheels on Novatec's machine hubs are doing quite well. Recently, a colleague riding on the full side was a little surprised that we are going quite fast on this bike in the field and it is not difficult at all. And what about mud, stones and roots in the forest? In total, it's nothing. For sure there will be some difficulties, but also in the mud and in a slightly stony terrain can be crossed. On the roots, you can be surprised at how your bike works without hanging, but you can also overcome obstacles smoothly. Gravel is definitely not suitable for cross-country races and dynamic change of direction. It's more like a field tank than a fast cross-country motorcycle that you can go crazy. I tried to deal with my friends on the cross-country round and I fell a bit. I'm certainly lacking in skills, but sometimes the equipment was clearly tired and drowsy. 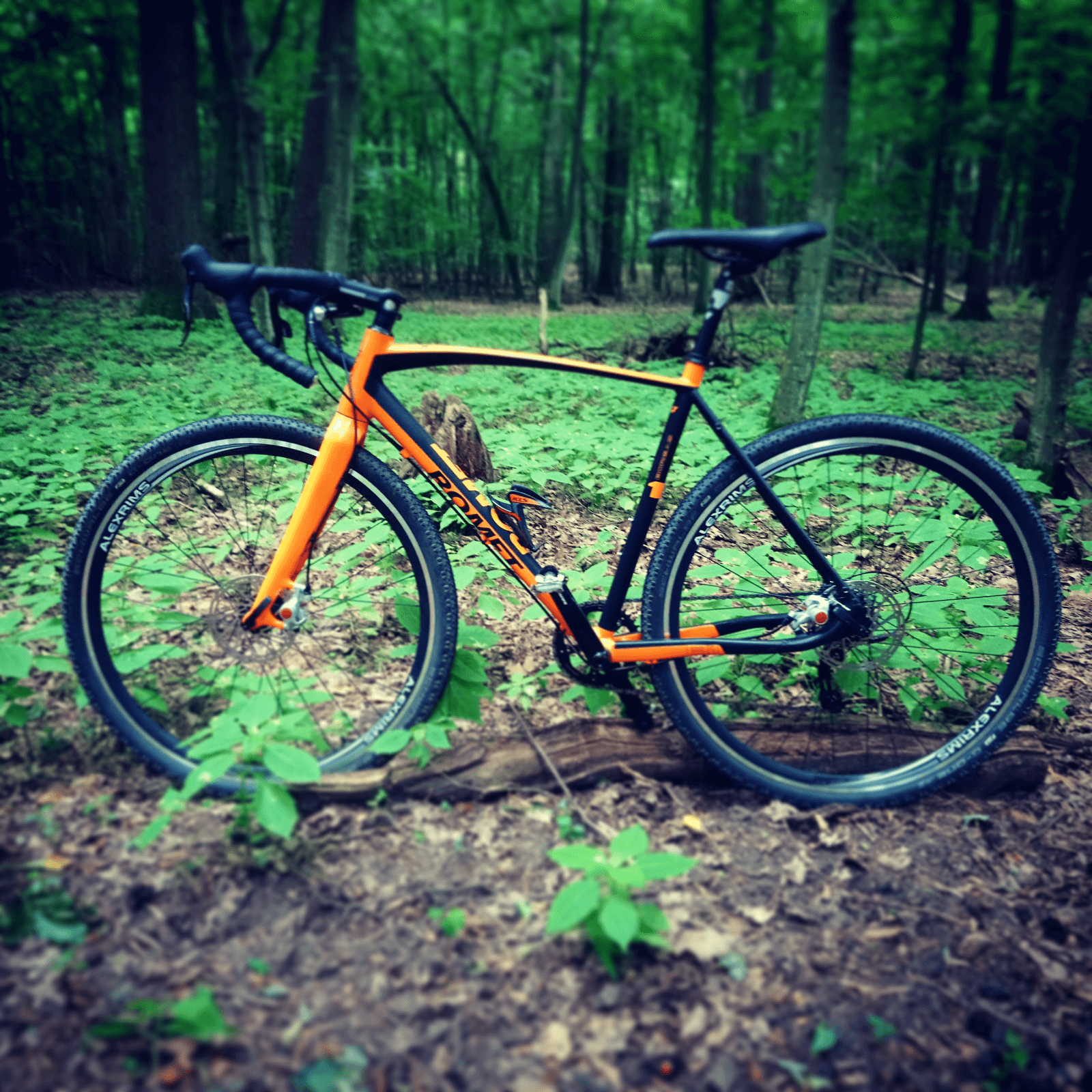 Romet has created a bike that gives a lot of joy for relatively little money. This model costs PLN 3199 (apparently PLN 3499 in season 2019) and there is no better equipped bicycle on the market. Very comfortable and also very nice. Many people ask me what is this bike and it is often surprising that our Polish producer is doing something so good.

After a few months of use, a few more or less spectacular tippers and driven around 2000km, I can say something more about the disadvantages of this bike. The main disadvantage of this bike is very delicate varnish. Completely not resistant to normal use. Not proper Boreas support can end with a really deep loss. As for a terrain bike, which often gets rocks from the bottom to the bottom pipe, it's a poor solution. The second very annoying drawback is the lack of spare parts. This is more directed towards the manufacturer. Unfortunately, I had the misfortune that I damaged the left handle and bent the steering wheel slightly from impact and I wanted to replace it. The handle is gone (there are now new models for 2019, slightly different) and the steering wheel is not available at all. Romet only produces as much as it needs for the production of bicycles. I must also mention the bicycle bearings installed in the bike. After dismantling the whole (after about 2 months from the purchase) it turned out that they are already a bit corroded and there is not even a gram of grease anywhere. The mere availability of a bicycle is negligible. If someone accidentally did not make a quick search on the internet or did not make a few calls, within 2-3 weeks from the time of the sale, the bike was no longer available. Somehow I succeeded. 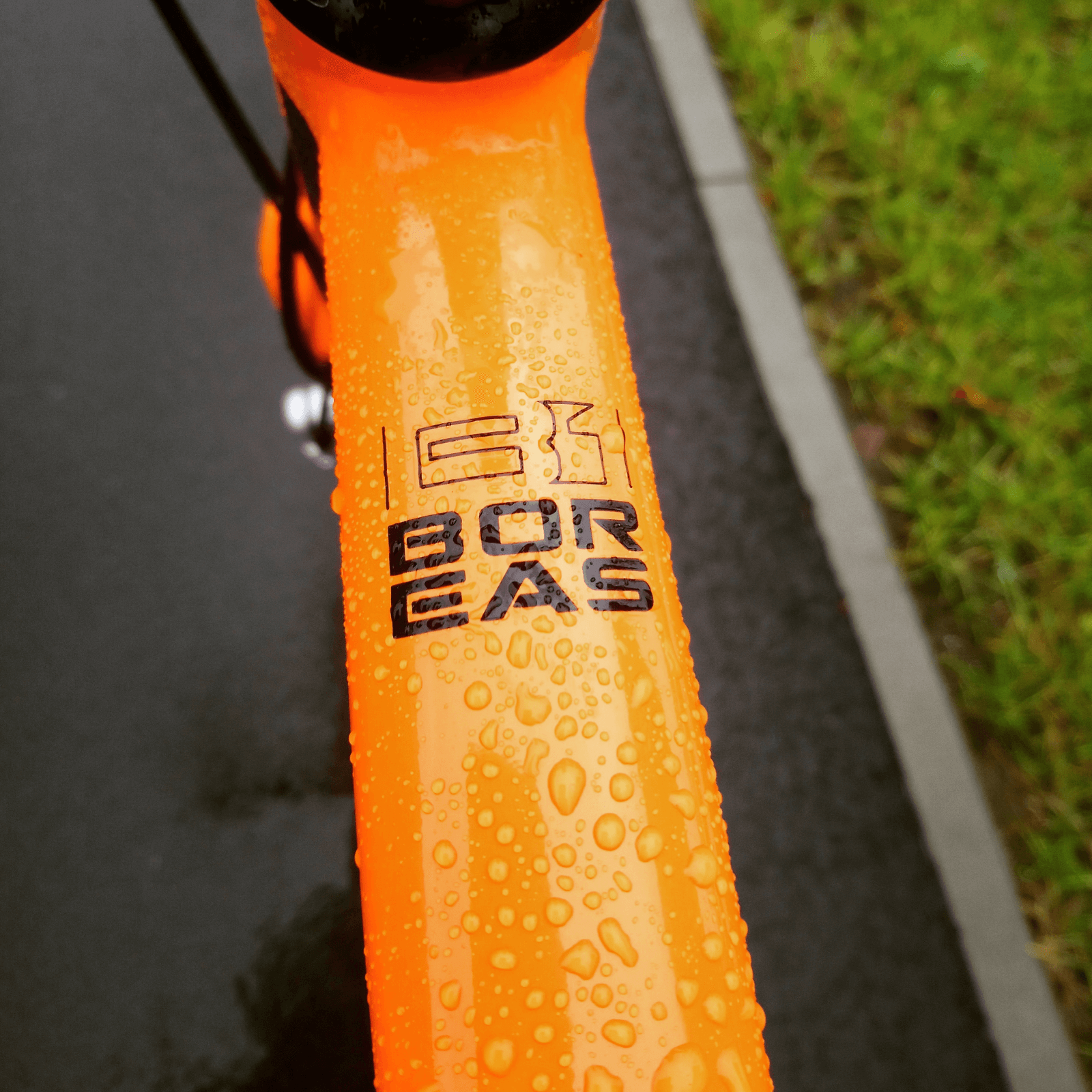 It is really worth looking for this bike, whether it is Boreas 1 or Aspre or Boreas 2, because these models are similar. Here is more information about Gravel models. If someone is also thinking about expeditions, he can boldly take a look at this option. The frame has a place to mount the back of the pannier frame (Boreas 2 is not possible). Romet Boreas 1 is a bike for free movement around the city, on the road and in light terrain. He will go around the field and in the forest without any major problems. There is no sport jam, but it can overcome difficulties quite dynamically, without any complexes compared to the more expensive models of other manufacturers. It gives a great joy to jada and in my opinion looks nice. For this is really well equipped in this price range. I sincerely recommend to all who want to have an alternative bike to the standard highway, as well as users of MTB bikes. It will be something new and versatile for you.