The 2019 season passed very quickly. Many may say that the season lasts all year round, but the bicycle industry in Poland has always depended on the season. For us, however, autumn-winter time means working on the system and expanding our offer. Therefore, it is time for a small summary of what happened from March to October. 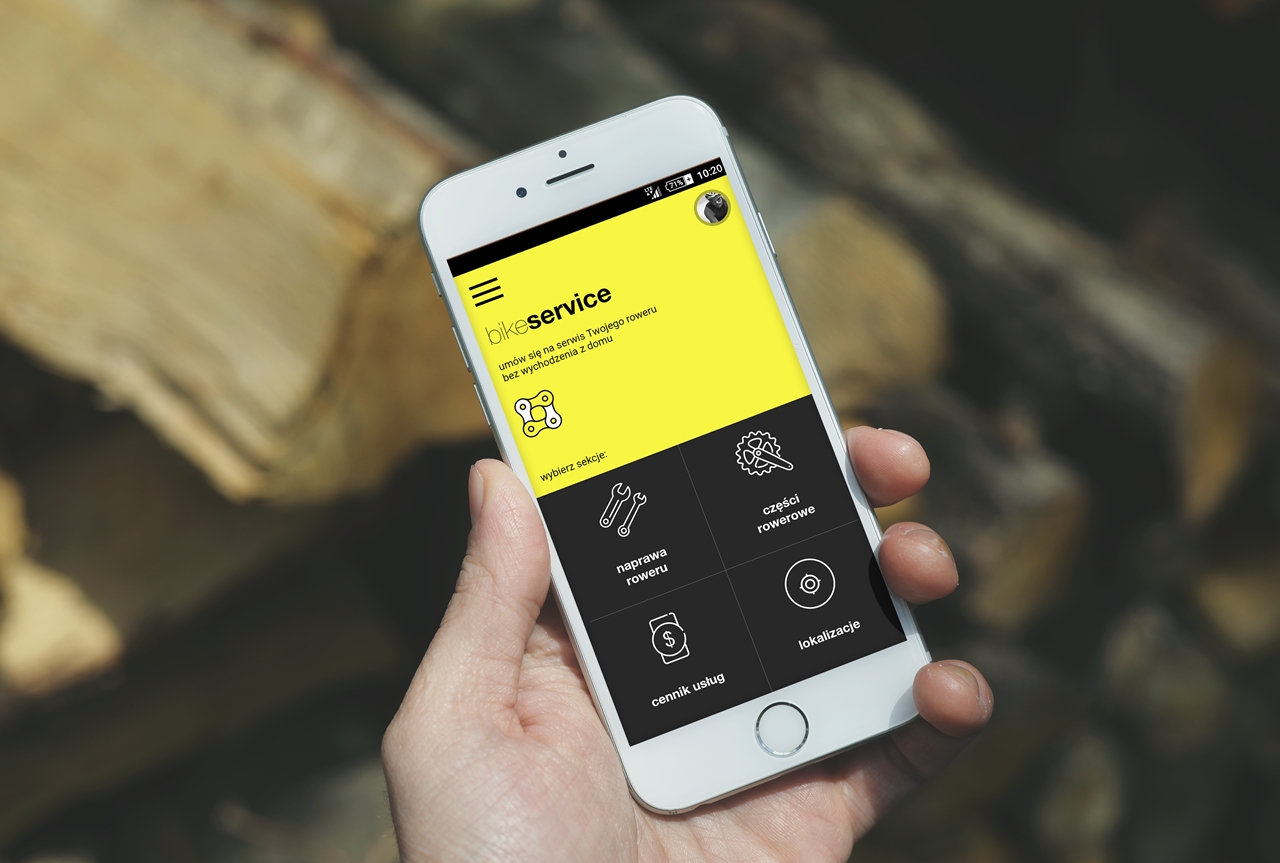 This year we managed to launch the dooo-to-door transport in Warsaw as planned. It was quite a brave step to see how cyclists approach the subject of regular service. Initially we were worried whether it would be a barrier to give the bike to a stranger and order such a service through a little known application. The second important factor that might have been a problem was the amount of transported bikes per day. However, in the end it turned out that our concerns were not reflected in reality. From the very beginning we received a lot of really nice words about what we do and a lot of valuable recommendations. The services we provide are very pleased with the door-to-door service and are happy to offer transportation to our customers. The launch of bicycle transport allowed us to make the BikeService application much more attractive and increase its popularity. We have also seen regular customers who have been waiting for such a solution for a long time. Currently, we can count 200 transports in Warsaw and surrounding areas.

The second important step in our activity was the challenge of transporting bicycles to competitions. The goal was very ambitious, i.e. 3-4 events a month. Here, in contrast to the door-to-door service, it was much more difficult to achieve the desired results. As a result, in Poland we managed to service 4 big triathlon events, which we will also focus on next year. The cherry on the cake of the whole project were two trips abroad, which allowed us to gain a lot of experience and explore new areas. We visited France, Germany, Austria and Italy. In total we travelled over 21 000 km with bicycles both in Poland and abroad.

For the system and applications BikeService is the third full year of operation. This year there was no pompous celebration or competition actions. This is primarily related to the newly adopted strategy of the entire company. We would like to return to the beginning of the whole project and start defending the product with its functionality and high quality. Certainly, it can be said that as a company we are paving the way with our ideas on the domestic market, therefore we need at least one more year to refine all processes to the state when the project will be ready for serious promotion in the network and go abroad with a full range of its capabilities.

In total, all activities concerning the system and applications resulted in a record-breaking season in the number of accepted repairs. Despite the fact that the weather in spring and summer was very different, it was possible to accept over 12 000 repairs from the beginning of February to almost the end of October. As a result, we are close to 33,000 repairs in general.

In addition to transport and online parts of our business we can not forget about the organized Road rounds with BikeService every Tuesday at 5:30 p.m. in Wilanów. Both the date and the brand have taken root in the cyclists' heads, so the number of participants has been high since the beginning of the season. Together with the approaching September we could see quite a large group of regulars. However, we will write a separate text about the organization of the settings, which will be published soon.

What are our goals for the next season? As always quite ambitious ;) We would certainly like to cooperate with a large number of new websites and maintain the level of cooperation with current workshops. In addition, today we know that transport in Warsaw and the competition will have a greater range and more challenges. Hopefully only happiness and health will be good!

Thank you all for a successful season and see you on the bike and when you pick up the bike! 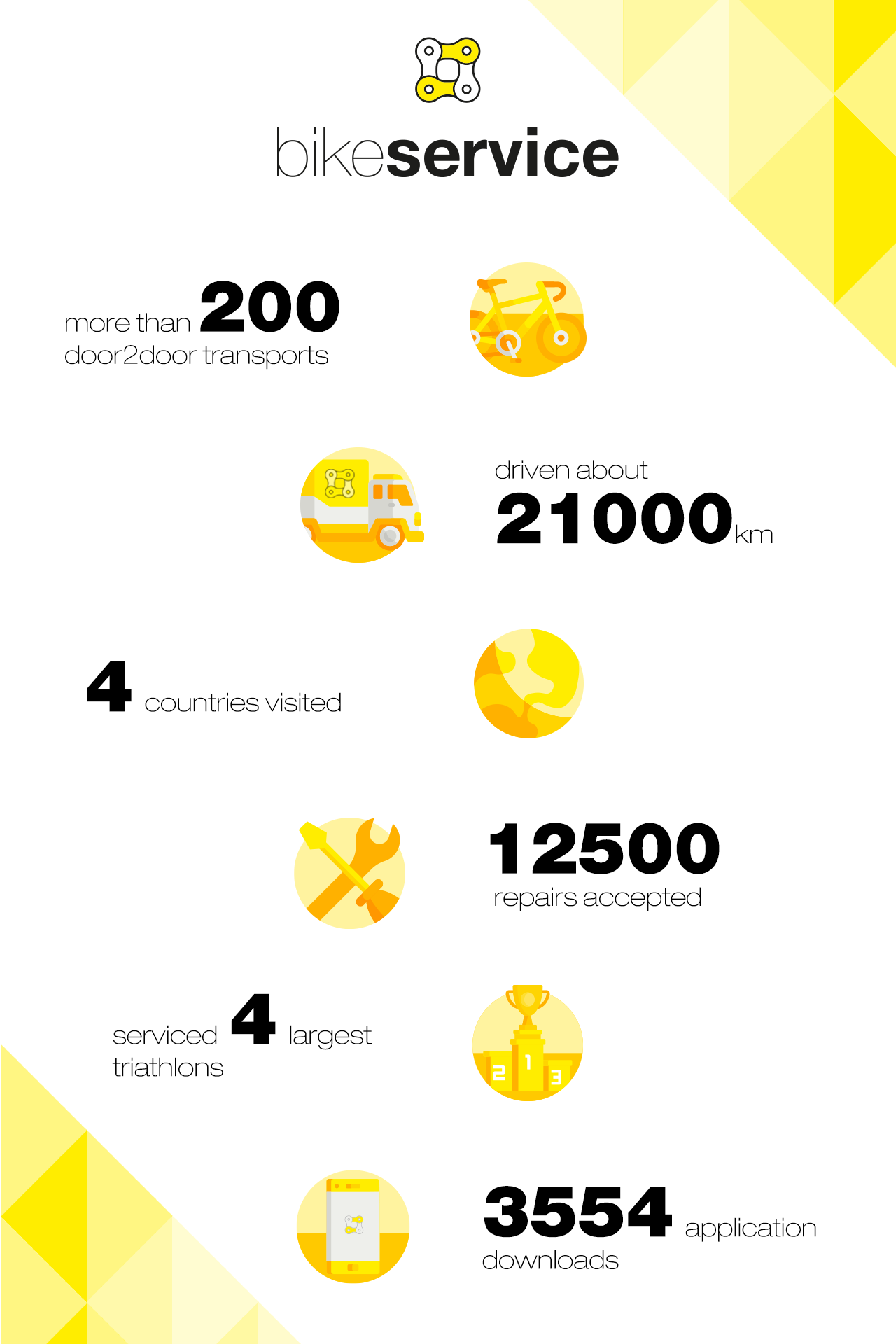